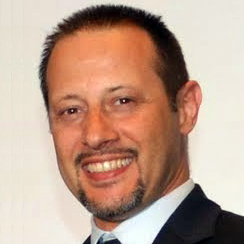 Optovue AngioVue system technology for optical coherence tomography (OCT) angiography is based on the AngioVue Imaging System (Optovue, Inc., Freemont, CA), using split-spectrum amplitude-decorrelation angiography (SSADA) algorithm. This algorithm was developed to minimize scanning time. It detects motion in blood vessel lumen by measuring the variation in reflected OCT signal amplitude between consecutive cross-sectional scans. The novelty of SSADA lies in how the OCT signal is processed to enhance flow detection and reject axial bulk motion noise. Specifically, the algorithm splits the OCT image into different spectral bands, thus increasing the number of usable image frames. Each new frame has a lower axial resolution that is less susceptible to axial eye motion caused by blood pulsation. Optovue AngioVue system technology allows quantitative analysis. It provides numerical data about flow area and non-flow area. It can also generate a flow density map. These metrics may serve as biomarkers in diagnosis and for tracking disease progression or treatment response. Flow area: the software will calculate the drawn area and vessel area in mm(2). It allows for comparison of all measurements for a given participant. Non-flow area: the software shows the non-perfused areas by mouse click selection. Ischemic areas will be shown in yellow. These areas may be saved and matched with others in the study. Flow density tool is able to measure the percentage of vascular areas on en face angiograms. This analysis is based on an ETDRS grid centered on the macula as with the thickness map. This tool works both on inner and outer vascular plexus.